SO YOU SAY YOU WANT A REVOLUTION

This post has been translated into an audio/visual format and can be seen at
https://youtu.be/ozQP8ywKIeM
"I did not come to bring peace, but a sword"
Jesus Christ Matthew 10:34

World-wide people are waking up. Increasing are the numbers who see that our nation-states have been taken over by a global cabal who do not have humanity's best interests in mind. With the exposure of sickening sex scandals of the rich and famous and unprecedented levels of corruption in high places, it has become increasingly apparent that humanity has been servants to a ruling class of psychopaths.

How this came about is up for debate. But what we do know is that the Bible, as well as other ancient accounts. report that a group of beings came down from the heavens/sky and ended up mating with Homo sapiens. The offspring of that union created a hybrid species of which is said to have wrecked havoc on humanity ever since.

Some postulate that this group from the sky were extra-terrestrial in origin. Others think they may be some kind of demonic angel. And, there are those who believe that our species mated with a more advanced hominid that had aerospace technology at the time.

All this may sound far-fetched but we do have proof in our DNA that early humans mated with other species such as Neanderthal and Denisovan. So, it is possible that they mated with a more advanced species as well. This upgrade in our understanding just might help to explain why psychopaths carry a different genetic profile than the rest of us.

In addition to DNA analysis we have relics such as the elongated skulls and giant skeletons scattered across the planet. This archaeological evidence points to a history of humankind we have not yet understood. But what we have come to appreciate is that we have a group of beings, operating behind the scenes for millennia, who claim to be part of an elite bloodline with the divine right to determine the trajectory of humanity.

This covert ruling class works through their puppets like Macron and Trudeau. These politicians refuse to carry out the will of the people. They pretend to be running democracies but are secretly working to bring about something else. So, whose interests do the politicians really represent?

Like never before the information age has enabled us to put together a profile of these self-proclaimed masters of humanity. We now know how this secret ruling class deceptively moves the chess pieces around so that they can cash in on the wars and strife they instigate. Remember the weapons of mass destruction hoax that has led to a complete meltdown in the Middle-East? Also, let's not forget that there is big money to be gained from the human trafficking that goes on clandestinely in these chaos zones.

Psychopathy is believed to affect 4 to 6 % of the population. Considering the extent of the mayhem and destruction these creatures create that seems like a small number. But, it is their predatory nature that encourages this unchecked treachery.

Dig deep enough and you will find this psychopathic evil has corrupted everything from medicine to mass media. As Dr. A. Lobaczewski  aptly points out: our social systems that sprung up organically have been slowly supplanted by a pathological structure that "causes all areas of life to degenerate and become unproductive". Socialist governments, like we see in Venezuela, are a good demonstration of this degenerative phenomenon.

The question is: What are we humans going to do about this infiltration of evil into our social structures? While our focus is manipulated to keep us fussing and fighting with one another, the pathocrats clandestinely go about perverting every aspect of our lives. And now, the escapades of this secret ruling class are jeopardizing the very survival of our species. Look into Big Pharma and Big Chemical to see the facts about that.

We have reached a level of corruption that to ignore it will likely result in our species' demise. Homo sapiens then, is at an evolutionary crossroad; adaptation demands a major shift in our perceptions. No longer can we ignore our status as primates in the material creation. We must squelch the notion that our species is without a formidable enemy when clearly that is not the case.

Humankind is at war. Our species has been endowed with the capacity for conscience and we must defend it. We have an intra-species enemy, a separate ruling class, who has worked to keep humanity immersed in a psychopathic matrix and enslaved to our lower nature. This anti-Christ that threatens Homo sapiens'  nascent conscience must be dealt with now. Have no doubt about it, we are in a battle for the human soul and for that matter, the ascent of humankind. Onward, Christian soldiers.

For more insight into this topic see my post entitled The Great Awakening A Matter of Conscience
Also, see  IT IS GOING TO BE BIBLICAL- video version 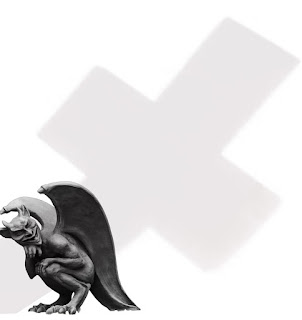