In The Hands of a Mere Human

A friend asked me to look at Christopher Hitchens' video The Fabrication of Jesus Christ as he wanted my take on it. I thought I would use the video as a point of discussion to relay some of my knowledge about Jesus Christ. I want to mention though that my take on Jesus was exactly as Hitchens proposed before I had my mystical union. So, I do have some sympathy for this atheist. Nevertheless, this video provides a good demonstration of what happens when documents meant for mystics are put in the hands of a nonenlightened human.

1. Hitchens begins with the idea that Socrates may not have existed but that there was someone in antiquity who advanced the method ascribed to him. He believes that the same phenomena may have been the case with Jesus. I doubt it. If we look at the history of the world's major religions and many of the minor sects we see that most have been founded by actual people who claimed that their religious message was in response to a mystical union with the Almighty. Those mystics, who successfully negotiated their awakening, then went on to become charismatic figures with insight into what could correct the wrong in their societies. Also, these enlightened ones had immense faith in their ability to bring their message to the masses around them. I believe Jesus was among this group of mystics.

Furthermore, I do not believe that the ancients would have taken time and resources to write about Jesus' mission if they were not convinced that He had something important to say for the generations to follow. Writing was not an ubiquitous activity as it is now.

However, I am disappointed in how these ancient scribes depicted Jesus in the New Testament. I found The Book of Thomas The Contender, in the Nag Hammadi Library, did a better job at relaying JC's message about the need for our humility and its relationship to the evolutionary task of the human animal.

2. Hitchens believes Jesus was a deluded religious fanatic. He thinks he was deluded because some of the New Testament books state that Jesus was born of a virgin. However, if you look at any red letter version you can see that Jesus himself never made that claim. Another point to consider is that the Gospel of Mark was actually the first book written and the other gospels came after. Mark makes no claim of virgin births. What scholars now believe is that the early followers of Jesus, in their attempt to lure so-called pagans into their fold, came up with stories they thought these pagans would fall for. And,these far-fetched tales of virgin births and resurrections did bedazzle many into becoming a part of JC"s flock. But, unfortunately these fantastical fabrications, alongside legitimate information, were passed down and ended up obscuring the really important stuff.

3. Another reason that Hitchens believes Jesus to be deluded is because he told his followers to abandon their families and follow him. All of us have heard about families who do not want their adult children pursuing a religious path different from the family tradition. Jesus had new insights that superseded the traditional understanding of the Jews of his time. He did not want his followers to let family tradition interfere in their ability to contribute to the promotion of his vital message about the evolution of the human primate.

4. Hitchens ends this short video with his analysis of the female followers of JC. He dismisses them as merely hysterical women awestruck by a charismatic figure. These ladies were mothers, grandmothers and maybe even great grandmothers who had a vested interest in what happens to the species. It is highly likely that these women knew Jesus' message best of all and realized that the evolution of our species hinges upon our willingness to acquire humility. In this sense then, one can't blame them for being fanatical about wanting Jesus' message to become common knowledge. Maybe if others with more influence had joined them at the time, our species would be in a better place right now.

Subscribe to my RRS feed ,spread the word and share with a friend.
Posted by Sheila L. Banks at 6:14 PM 0 comments

"Throughout history, it has been the inaction of those who could have acted;
the indifference of those who should have known better; the silence of the voice of justice when it mattered the most; that has made it possible for evil to triumph."
Haile Selassie

Update as of March 3: I received a response from Health Canada informing me that vaccines are safe. It is obvious that this branch of the government hasn't read this very credible research paper that clearly indicates that vaccines are tainted with mycoplasma.

Some of my followers know that I have been battling Lyme disease for over 14 years now. It took 10 years to get the diagnosis and that came about not through the medical establishment. It was a friend who helped me to remember the tic bite I had had while camping. I need not bore you with the details other than the fact that the resolution of my condition has been complicated by a mycoplasma.

This tiniest microscopic bugger got into my body by riding on the back of the Lyme spirochete when the tic injected it into my system. Now that I am feeling much better through the use of an alternative treatment (salt/c) I got into researching mycoplasmas.

You may be just as surprised as I was to find out that this strange bacteria/fungus-like critter is at the root of many of our chronic diseases and some childhood ones too. What I found really interesting is the fact that mycoplasma is now known as the cause of  Guillain- Barre syndrome. I found this to be so fascinating because when I worked in healthcare it was an established fact that there was a greater incidence of this life-threatening condition since the flu shot came out. I guess the doctors had read about it in the Lancet.

Anyway with my curiosity in full drive, I thought I would see if the experts had determined if mycoplasma could ride on the back of a vaccine microorganism and then result in chronic health problems other than Guillain- Barre. And, much to my shock and horror this proposal had in fact been presented to the Scottish parliament. Gee, I did not hear about any of this in the media. Did you?

Not finding any newspaper articles on line about Bill Welsh's presentation to the Scots I turned my attention to seeking out the other experts. I was hoping to find out what our scientists could tell me about the impact of these mycoplasmas on our blood supply and about  the effect our pesticide-laden food could have on these critters floating around in our primate bodies.

Surprisingly, that google search brought up a Globe and Mail article about dead microbiologists. So I thought I would dig deeper to see what had been said about the fate of these deceased. Low and behold, there exists a long list of these highly credentialed experts in vaccines and mycoplasma. who departed from us earlier in the millennium. Intriguingly enough, many of these died in a manner deemed suspicious by family and colleagues.

It was at this point in my exploration of mycoplasma that I had to end my love affair with Mr. Google as I had  to make time to post the following poem. As planned I have posted it on my blog as Venus and Jupiter align once again in the night sky to bless this Christmas season of 2016. Have a conscious one my peeps.

Venus and Jupiter are aligned in the night sky.
Surely a heavenly signal informing that
God's all-powerful love has not died.

Tonight the celestial realms buzz with passionate ecstasy
as the goddess of love seduces her king of gods
under the expansive and starry canopy. 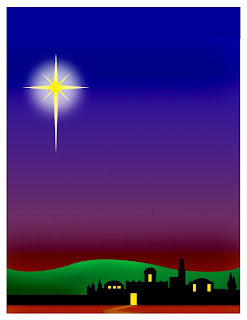 These planetary bodies are dancing around the golden sun,
shifting their positions in the milky way
to bring good tidings of a holy kingdom soon to come.

Reminiscent of those cosmic occurrences in antiquity
when the star of Bethlehem graced the night sky,
a divine love was bestowed upon humanity,
with the Son of God’s delivery.

Subscribe to my RRS feed,spread the word and share with a friend.
Posted by Sheila L. Banks at 5:43 AM 0 comments

This poem came to me when I saw a Facebook post of Michele Obama declaring that we are entering into a time of hopelessness.

When you realize how much evil is in the world these days
it is enough to take your breath away.
But do not lose hope; no matter what they say.

One by one the corrupt will fall.
It is God's will that
this madness end once and for all.

Subscribe to my RRS feed,spread the word and share with a friend.
Posted by Sheila L. Banks at 10:19 AM 0 comments