I was one of the lucky ones who got to attend Bob Marley's 70th birthday bash in Negril, Jamaica. While on that beautiful isle I did my pilgrimage to Bob's gravesite and toured the museum that honors his legacy.

And, most incredible was my experience in Kingston when I presented to a group of Rastafarians. I shared my discovery that confirmed the Rasta’s belief about their king of kings, Emperor Haile Selassie.

The first Rasta, Leonard Howell was inspired by a premonition that Marcus Garvey had had. Garvey, a Jamaican political activist, journalist and entrepreneur, believed that the Black world would eventually be graced with their own Black monarch much like the Europeans having Caucasian monarchs. Taking Garvey’s hunch seriously Howell scanned the world stage to see who qualified for this position of royalty.

While studying the Bible Howell got his answer. He came across passages that convinced him Haile Selassie, the up-and-coming emperor of Ethiopia, was the anticipated monarch for the Black world. It is understandable how Howell could see this last emperor from the line of King Solomon as Garvey's forecasted black king. After all Ras Tafari was a monarch in Ethiopia.

But eventually, what Howell saw in the Emperor went much deeper than merely an earthly king. It is believed that Howell’s exposure to Hindu theology is what elicited his insight into the role Emperor Selassie would play in human affairs. It was the knowledge Howell gained while working with indentured East Indians that inspired him to crown Ras Tafari with the title of king of kings.

Hindus, just like Christians are trinitarians. That means both religions have explanations as to how the living God surfaces in a man. Both traditions recognize that Christ-consciousness in a human is the means by which the Almighty Creator impacts on the evolutionary trajectory of our species. Jesus knew about this working of the Creator through man. We have the proof in John 14:10 “It is the Father, living in me, who is doing his work.” He proclaims.

Unlike Christians though, the Hindu believes that the Almighty’s evolutionary impulse moving through a human did not begin or stop at Jesus. If the truth be known Jesus did not think so either. In John 14:12 he says: "I assure you that whoever believes in me will do the works that I do. They will do even greater works than these because I am going to the Father.”

This recognition that the living God was continuing to work in the affairs of man likely helped Howell to see Ras Tafari in this light. Howell believed that like Jesus, Selassie was prophesied about in the Bible. Some of his proof was found in Revelation 5:5 which reads: See, the Lion of the tribe of Judah, the Root of David, has triumphed. He is able to open the scroll and its seven seals.”

Haile Selassie did in fact come from the line of King Solomon. So, in Howell’s estimation that proved that Ras Tafari was in deed that Root of David prophesied about. But the scripture spoke of another qualifier: this Lion from the tribe of Judah had broken seven seals. Howell, informed by Hindu theology, would have known that meant this person with Davidic lineage would be graced with Christ-Consciousness.

Even when the world knew nothing of Selassie's theology Howell was willing to declare Ras Tafari king of kings. Based on his interpretation of the end times prophecy in the Bible, he was willing to take the bold step of equating the status of the Emperor to that of Jesus Christ. In effect he was saying that, as prophesied, Christ-consciousness has returned but in the form of the Emperor.

Jesus knew other enlightened beings from the line of King David would supersede him. After all His rare insights about our responsibility for human evolution was destined to take root in the human species. But the baffling part is how Howell was able to spot Haile Selassie as the Christ to usher in the End Times dispensation long before that Emperor made a splash on the world stage.

The Emperor was not merely a transmitter for ancient wisdom handed down to him through his Judeo-Christian lineage. His speeches to the League of Nations and the United Nations spoke to something else. On Oct. 6, 1963 Haile Selassie tried to enlighten world leaders at the United Nations with these words:

If not for this statement and others like it to the global community one might be tempted to ignore Howell’s fantastic claims about Selassie’s divinity. But clearly, this message bears a resemblance to what Jesus Christ wanted us to know about our responsibility for human evolution: “For the body is a domestic animal. Therefore, you must go about perfecting yourself” Jesus told Thomas, one of his disciples.

When global leaders were scrambling to see what booty they could loot from the Third World, Selassie like Jesus, dared to remind them of their role in the big picture of human evolution. And interestingly enough, a similar message about the ascent of humankind was shown to me during a mystical union in 1997.

I have come to realize that humanity has reached the end of an epoch. Just as prophesied in the Book of Revelation, our species’ survival is on the line because of an intra-species in our midst. We have had a ruling system with its roots in ancient Babylon. And, to this day our planet is run by an elite class full of psychopaths and their dimwitted followers.

The Rastafarians’ focus on the evil in the world is justified. Psychopaths are not human and do not have humanity’s best interests at heart. As I demonstrated in another blogpost/video, Jesus knew about these hominids without a conscience. Their predatory nature causes them to be destructive and to spawn all kinds of evil. Their deviant genetics and functional MRI results make it so.

Thought by some to be demon-possessed, these creatures have enticed humanity to accept levels of corruption that will result in our species demise if we do not act now. We are under pressure to respond. No longer can a psychopathic elite class be left alone to lead humanity to ruin.

We cannot allow the evil in our midst to keep us divided and opposing one another like animals in the wild. We humans must unite around a core of conscience and work as a collective to seize the reins from our real enemy. But in order to do so our species must undergo an upgrade, a transformation of consciousness that will deliver us from the mental slavery perpetrated by our lower nature.

It looks like Howell was justified to crown Selassie with a title reserved for Jesus. Like Jesus, this king of kings beckoned his followers to become something better. Like Jesus, He recognized that the evolutionary ascent of humankind continues to be the task at hand. And, to arrive at such insight there first is the recognition that we have an animal nature that must be dealt with.

We are primates in an organic predicament. Our fluctuating brain chemistry makes us prone to delusion. These facts about our lowly status in the scheme of things must be made known to all nations. In other words, humanity must shift paradigms. When we realize that we are primates in need of “perfecting” there will be a flowering of conscience in the critical masses.

For Howell the return of Christ was not about Jesus descending from the heavens. Informed by Hindu theology he believed Christ-consciousness arises in each dispensation as it is needed. And, Howell could see Christ-consciousness arising in Selassie. Like Jesus, the Emperor wanted humankind to recognize that we are creatures in need of an upgrade. His words were meant to inspire a transformation in our species.

Until we are willing to admit the truth about our lowly status, as primates in need of an ethical discipline, there can be no ascent of humankind. Jesus had an interesting way of conveying this paradox: the first shall be last and the last shall be first. The visions and insights that got downloaded into my awareness as a result of that mystical union in 1997 made clear to me that this is the paradox to be conquered.

In the book Dread: The Rastafarians of Jamaica, Joseph Owens chronicled conversations he had in the 1970’s with the pioneers of the Rastafarian religion. At that time the Rastas were convinced that they had received a special form of revelation. They believed that Rastafarians were to play a prophetic role of world-wide importance.

There is no denying the impact that Rastafarians have made through music. For some, the Rasta’s hypnotizing reggae infused with messages about justice and freedom have sparked a spiritual renewal. But what if I told you that fulfillment of their purpose is tied up with something more? 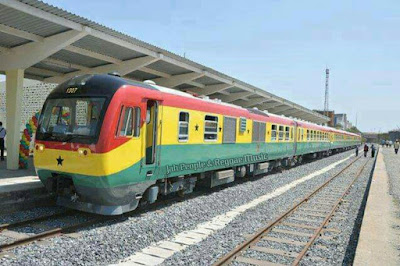